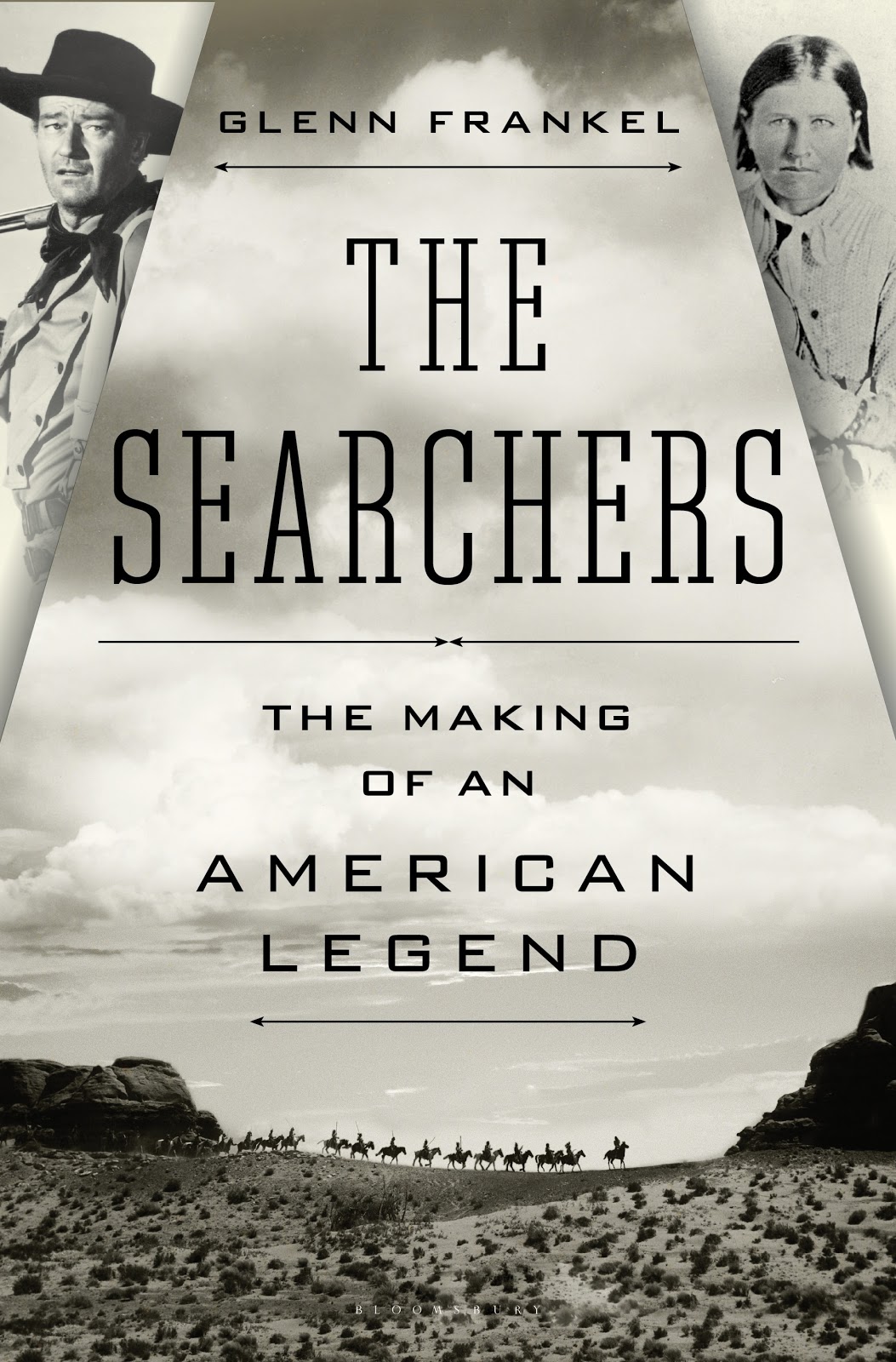 Recently finished The Searchers: The Making of an American Legend by Glenn Frankel. Though the book is primarily about the 1956 Western The Searchers, the book is extremely wide-ranging, touching on the Texan-Indian wars; the history of Indian abduction of whites and “captive narratives” as popular story; the tragedy of Cynthia Ann Parker, abducted by Comanches as a girl and “rescued” by whites as a married woman with children; her son, Quanah Parker, who became the one of the most famous and influential Indians in the US; the novelist Alan LeMay, who used Cynthia Ann’s story in his novel The Searchers; the making of one of the finest Westerns ever (even though it is terribly racist); the career of John Ford, the complex, brilliant, bullying film director who was kind to Indians while depicting them as savage cliches; the career of John Wayne, Ford’s long-bullied friend, who gave perhaps his best performance in the movie; and, finally, the legacy of Quanah in the white and Comanche branches of the Parker family today. Whew.

Underneath it all is a thread about the racist ideas whites held of Indians, and the fictions created to justify their treatment. Notable is an idea that is so clear now, though as a kid it went over my head: the Fate Worse than Death (being raped by Indians), often shown as a white saving a last bullet for suicide or mercy killing before the savages arrive.

Best piece of trivia I knew half of: Buddy Holly and Jerry Allison saw the movie and wrote a hit song based on a line Wayne says four times in the movie: “That’ll Be the Day.” The coincidence is that their hometown of Lubbock, Texas is in the heart of Comancheria, the tribal lands where the story took place (though Ford shot the movie in Navajo lands because of his love of Monument Valley).